previous INVENTORY PROJECT: Information to the researcher
next 32nd Bienal ends with over 900 thousand visitors
25 Sep 2014
Turning a Blind Eye
0 comments



As an educational program of workshops, lectures and walks, the program investigates recent events based on tensions surrounding the exploration of urban and natural space. 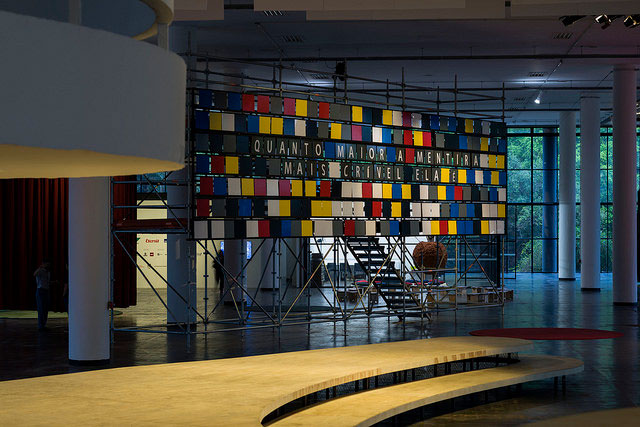 The artists Bik Van der Pol organise activities and conversations open to the public as part of their project for the 31st Bienal. As an educational program of workshops, lectures and walks, Turning a Blind Eye investigates recent events in Brazil and the world, based on tensions surrounding the exploration of urban and natural space. The 31st Bienal serves as the venue for the project's creation and research, implementing the educational model of the “school” as a form of mental theater capable of creating new horizons for action, production and reflection.

Check out Turning A Blind Eye's fanpage on Facebook

In memory of Jaider Esbell