previous So Much that it doesnt’t fit here
next 32nd Bienal ends with over 900 thousand visitors
17 Jul 2015
Meet the curators of the next edition
0 comments



Along with Jochen Volz, a team composed by Gabi Ngcobo, Júlia Rebouças, Lars Bang Larsen and Sofía Olascoaga is responsible for the curatorship of the 32nd Bienal. Opening is set to September 7, 2016. 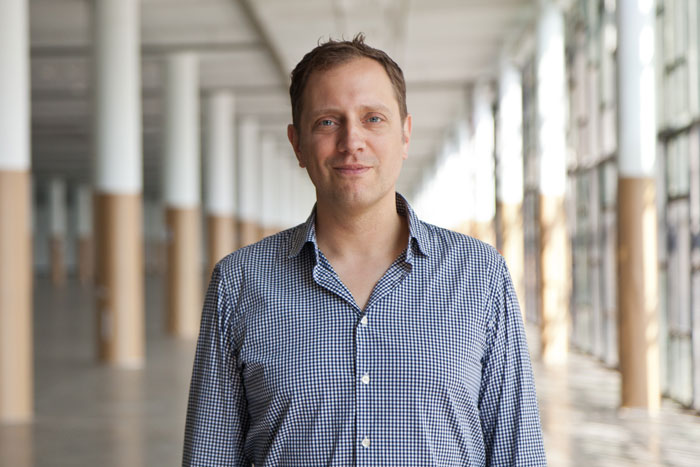 Jochen Volz is the curator of the 32nd São Paulo Biennial in 2016. He has been Head of Programmes at the Serpentine Galleries in London since 2012 and is a curator at the Instituto Inhotim, Minas Gerais, since 2004, where he has served as General Director between 2005 and 2007 and Artistic Director between 2007 and 2012. There, he co-curated a series of large-scale site-specific projects on art and architecture with artists, including Adriana Varejão, Dominique Gonzalez-Foerster, Doris Salcedo, Doug Aitken, Hélio Oiticica, Matthew Barney and Rirkrit Tiravanija, as well as numerous exhibitions from the collection. In 2012, he has been organizing permanent presentations of the works by Lygia Pape and Tunga, amongst others. Furthermore, he has contributed to many exhibitions throughout the world, including Planos de fuga, Centro Cultural Banco do Brasil in São Paulo (2012), Olafur Eliasson – Your Body of Work as part of the 17th International Festival of Contemporary Art – sesc Videobrasil in São Paulo (2011), The Spiral and the Square at Bonniers Konsthall, Stockholm (2011), the Aichi Triennale in Nagoya (2010) and the presentation of Cinthia Marcelle at the Biennale de Lyon (2007). In 2009, he organized Fare Mondi / Making Worlds, the international section of the 53rd International Venice Biennale together with Daniel Birnbaum. In 2006, he guest curated for the 27th São Paulo Biennial a special exhibition project in homage to Marcel Broodthaers with Juan Araujo, Mabe Bethônico, Marcel Broodthaers, Marilá Dardot, Tacita Dean, Meschac Gaba, Goshka Macuga, Rirkrit Tiravanija, Haegue Yang. Between 2001 and 2004, he was curator of Portikus Frankfurt am Main, where he organized individual exhibitions with Cildo Meireles, Dominique Gonzalez-Foerster, Gilbert & George, Janet Cardiff, Jason Rhoades, Philippe Parreno, Rirkrit Tiravanija, Rivane Neuenschwander and Simon Starling, amongst others. He edited a series of publications, such as Gasthof 2002 Städelschule Frankfurt/M. (Frankfurt 2003) Why not play the dice? (Frankfurt 2003), Turbulenz-Portikus Projekte 2001-2004 (Frankfurt 2004), Fare Mondi / Making Worlds (Venice 2009), Olafur Eliasson – Your body of work (São Paulo 2011), amongst others. As a critic he is writing for magazines and catalogues and is contributing editor to Frieze. 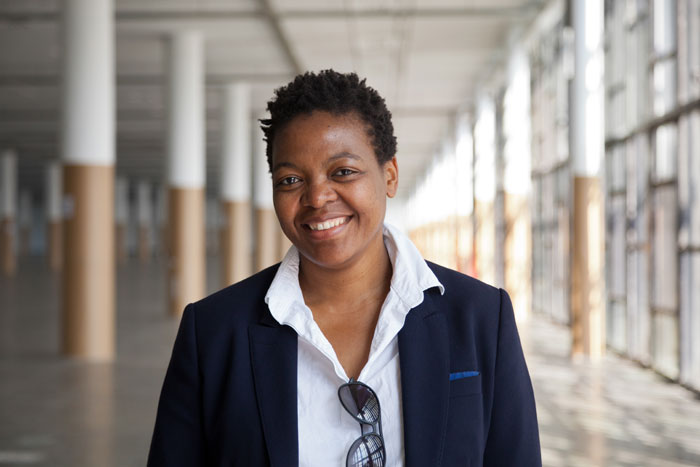 Gabi Ngcobo is an artist, independent curator and educator based in Johannesburg. Her collaborative and individual projects include: Second to None (2005) at Iziko South African National Gallery, Olvida quen soy/ Erase me from who I am (2005) at caam, Canary Islands, Las Palmas, cape07 various venues in Cape Town, Titled/Untitled (2008), a curatorial collaboration with Cape Town-based collective Gugulective, and Scratching the Surface Vol. 1 (2008) at ava Gallery, Cape Town. Ngcobo co-curated Rope-a-dope: to win a losing war (2010) at Cabinet, New York, Second Coming, a curatorial collaboration at Center for Curatorial Studies, Bard College, and Just How Cold Was It? at 6-8 Months, a project space in New York. She curated don't/panic, (2011) a project that coincided with the 17th UN Global Summit on Climate Change (cop17) in Durban, South Africa. She was the first pool Curatorial fellow, and her exhibition some a little sooner, some a little later was held at the Zurich pool/luma Westbau space in 2013. As co-founder of the Center for Historical Reenactments (chr), an independent project based in Johannesburg, Ngcobo curated pass-ages: references & footnotes at the old Pass Office in Johannesburg and contributed to a two year long project Xenoglossia, a research project, which culminated into After-after Tears in New York and Xenoglossia, the Exhibition in Johannesburg. Ngcobo is a member of faculty at the Wits University School of Arts, in Johannesburg. She is a graduate of the Center for Curatorial Studies, Bard College, New York. 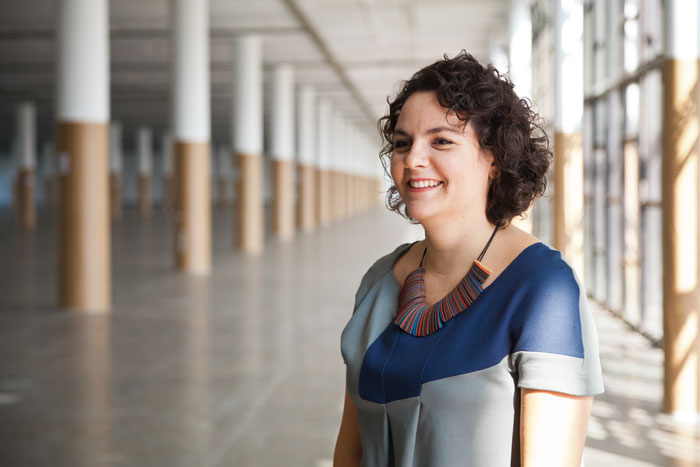 Júlia Rebouças is an art curator, researcher and critic. She has worked as a curator at Instituto Inhotim from 2007 to 2015. Since 2012, she has been part of the Videobrasil Cultural Association as a member of the curatorial commission for the 18th and 19th SESC_Videobrasil International Festival of Contemporary Art in São Paulo. She was adjunct curator for the 9th Mercosul Biennial in Porto Alegre, an exhibition entitled Se o clima for favorável, from September 13 to December 9, 2013. She has realized a number of independent curatorial projects, including the exhibit Zona de instabilidade, featuring works by artist Lais Myrrha, at Caixa Cultural Sé, São Paulo in 2013, and at Caixa Cultural Brasília in 2014. She was a member of the jury for the competition determining the architectural and curatorial project for the Brazil Pavilion at Expo Milano 2015, a competition held in Brasília in January of 2014. She writes texts for exhibition catalogues and artist books and contributes to art magazines. In 2014, she participated in the curatorial commission for the book Outras fotografias na arte brasileira séc. XXI, published by Cobogó. In 2013, she edited the book Nenhuma luz about the work of Cristiano Lenhardt, published by Fundarpe. She is currently editing a book on the work of Sônia Gomes. In 2010, she taught the course Contemporary Art: criticism and curatorship, in partnership with Instituto Inhotim and PUC-Minas. She holds a master's degree in visual arts from the Federal University of Minas Gerais, and is currently working on her doctorate in the same program under the guidance of Professor Dr. Maria Angelica Melendi. Her thesis discusses the work of critic and curator Frederico Morais in Brazil during the 1960s and '70s. Júlia was born in 1984 in Aracaju-SE, and studied communications at the Federal University of Pernambuco. 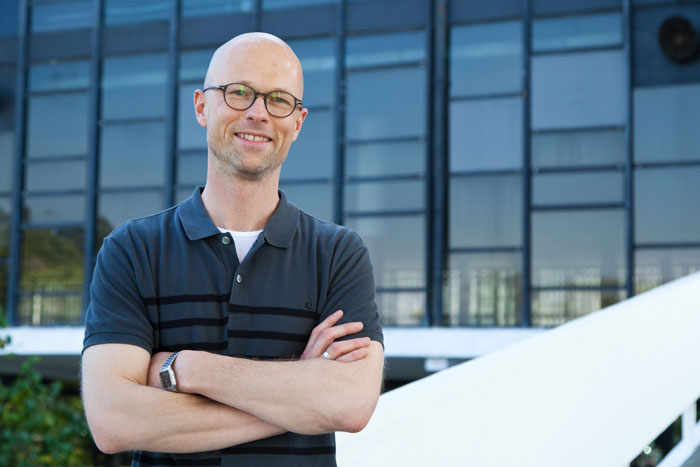 Lars Bang Larsen is a writer, curator and art historian based in Copenhagen. He is a professeur invité at the Haute École d’Art et de Design in Geneva, and a post doc fellow at the University of Copenhagen, Dept. of Arts and Cultural Studies, from where he also holds his PhD on psychedelic concepts in neo-avantgarde art. As a curator Lars has organized exhibitions such as A History of Irritated Material (Raven Row, London 2010), The Society Without Qualities (Tensta Konsthall, Stockholm 2013), and Reflections from Damaged Life (Raven Row, London 2013). Among the show he has co-curated are Populism (Stedelijk Museum, Frankfurter Kunstverein and other institutions, 2005) and La insurección invisible de un millón de mentes (Sala Rekalde, Bilbao 2005). Lars was also the curator of the Danish participation in the 26th São Paulo Biennial, 2004. His books include The Model: Palle Nielsen’s ‘A Model for a Qualitative Society’ (1968), published by macba, 2010; Networks (mit Press / Whitechapel 2014); and The Phantom of Liberty. Investigations in the Pedagogical Paradox (co-edited with Tone Hansen, Sternberg Press, 2014). Forthcoming titles in 2015 are Ensayos seleccionados (working title) published by Cruce Casa Editores, Buenos Aires, and the anthology Art and Psychedelia, to be published by Afterall and Koenig Books. 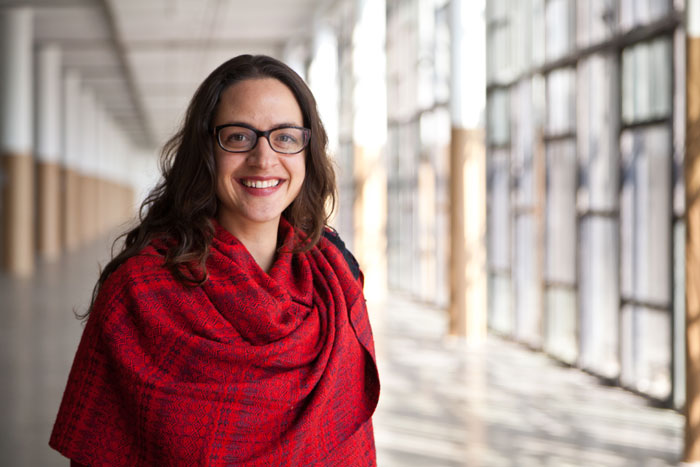 Sofía Olascoaga works in the intersections of art and education by activating spaces for critical thinking and collective action. Olascoaga is currently academic curator at MUAC (Museo Universitario de Arte Contemporáneo – UNAM) in Mexico City, where she coordinates Campus Expandido an academic program of critical theory taking place at the museum. Olascoaga was the first Research Curatorial Fellow at Independent Curators International (2011), was Helena Rubinstein Curatorial Fellow at the Whitney Museum of American Art’s Independent Study Program (2010). She received her BFA with honors from La Esmeralda National School of Fine Arts (Mexico City). Olascoaga’s work involves the experimental design of think-tanks, along with artists, theorists, curators and educators, and with a wide range of institutional and independent spaces. In 2012, she was a Workshop Clinics Director for SITAC X, the International Symposium of Contemporary Art Theory in Mexico City. From 2007 to 2010, she was Head of Education and Public Programs at Museo de Arte Carrillo Gil in Mexico City. Olascoaga was educational curator and public programs manager for the first grant initiative Bancomer-MACG Program for Young Artists in 2008–2010, created by Museo de Arte Carrillo Gil and Fundación Bancomer. She has collaborated with international laboratories for public programs at the Liverpool Biennial, Cittadellarte, Mercosur Biennial, Art21, Inc and MoMA New York, Steirischer Herbst Festival in Austria, Experimental Nucleus for Art and Pedagogy in Rio de Janeiro, Independent Curators International in New York, and Instituto Inhotim, among others. Her ongoing research, Between Utopia and Disenchantment (Entre utopía y desencanto), critically assesses the productive tension between utopia and the failure of intentional community models developed in Mexico in past decades, addressing the ideas posed by Ivan Illich at the Centro Intercultural de Documentación (CIDOC), and the influential role this model has played in the practice of many Mexican and international thinkers and artists. For this project, Olascoaga is the recipient of the 2012 Cda-Projects Grant for Artistic Research and Production, a CIFO Artistic Production Grant, and the National Arts Fund in Mexico.

34th Bienal program extends until the end of 2021